The 2020 year has gone by with pageants not being held, due to the Covid-19 pandemic. However, the Miss Earth organization decided to take on the task of a virtual pageant which is a heavy task to do.

The Miss Earth organization came into being in 2001 and Miss Pakistan World organization began in 2003. Back then there were just two pageants; Miss Universe and Miss World, that gained the attention of the world. These day there are top 10 international pageants that countries want to be part of. However, there are tons of pageants that start and finish off very quickly due to poor management skills, or lack of sponsors or audience interest.

Out of the 19 years of Miss Earth, Pakistan was active for 10 years! Even though barely having strong grounds in the beginning, Pakistan performed well and won sub-titles like Miss Friendship and gold medals especially in the talent segment.

Areej Chaudhary is the first Miss Pakistan to be crowned in Pakistan, as the previous pageants took place in Toronto, Canada and hence visa issues for Pakistani girls from Pakistan discouraged participation. But all this changed during the pandemic and the first girl chosen directly from Pakistan was Areej Chaudhary from Islamabad, Pakistan.

When the Miss Earth Organization announced a virtual pageant, it was a task that was ellaborate and needed a ton of resources that had to be sought in Pakistan, which was a completely new territory for the Miss Pakistan World organization. So the task was very challenging but as new grounds were being covered, Pakistan was welcoming the idea of the beauty queens! So together we welcome the new Miss Earth Pakistan 2020, Areej Chaudhary!

Areej Chaudhary, Miss Earth Pakistan 2020 is the first girl to be chosen on the soil of Pakistan. She won the Miss Pakistan World Beauty Pageant in the month of August 2020 during the pandemic. And in October 2020 she entered the Miss Earth 2020 virtual competition.

Areej Chaudhary is a model and is focussed on her acting career as well. She studied in Islamabad, Pakistan and graduated in psychology. Due to her devotion towards helping animals she is now the Ambassador of a well-known animal shelter called “JFK Animal Shelter & Rescue,” in Lahore Pakistan. She has passionately promoted awareness on the subject of animal abuse on national media in Pakistan.

Areej Chaudhary’s advocacy is planting trees as the government of Pakistan has asked every citizen to be a part of planting 1 billion trees in about four years. So even before the Miss Earth competition began she was part of a campaign to plant more trees in Pakistan. She is a strong advocate of working towards a better environment and is currently working towards ending deforestation. Planting trees and ending deforestation is something every Pakistani is passionate about ever since the Prime Minister of Pakistan, Imran Khan initiated this movement. Hence, the youth of Pakistan are now focussed on creating a green Pakistan, which in turn will help “Mother Earth” greatly. Areej Chaudhary, Miss Earth Pakistan 2020 believes that planting one tree can give us an extended time of clean air on this planet. So she is focussed on creating that environment for her nation as a whole as well as representing Pakistan in the Miss Earth 2020 pageant! 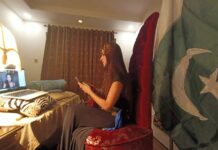 What is needed to be a Miss Pakistan? 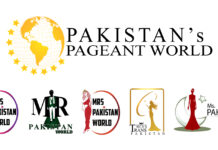 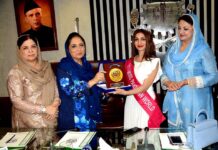 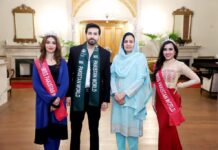 Meeting the Governor of Punjab 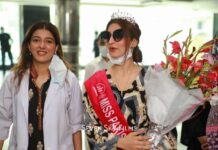 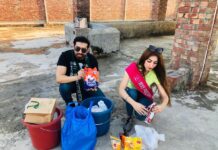 Miss Eco International 2017 is Canada, but Pakistan got Runner Up...